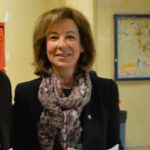 The Teachers for Europe project was started in Athens in 2011. It was created by the Representation of the European Council in Athens. Nowadays it is changing and it turns into a truly European program aiming to influence the European educational system for the new generations of the European Citizens. This project is supported by 9 partners, coordinated by the University of Piraeus. By the implementation of Teacher4Europe program we make an online educational platform through which relevant lessons are offered on a constant basis. It is a bottom – up program based on co-operation, which starts from the educators and it spreads its message for change to the policy-makers both in national and European levels. Its main aim is to change EU policy and increase awareness about the EU citizenship, European common values and way of life. Other activities such as simulations of EU institutions and conferences are part of this project. The first simulation is going to be in Athens, titled “Teachers4Europe: setting an Agora for Democratic Culture”. Learn more about the program at: teachers4europe.eu

When we were first informed about Theachers4Europe project we expressed our willingness to cooperate with the University of Piraeus, associate Prof. Asderaki to her admirable efforts.
The Hellenic Association of Political Scientists (HAPSc) was founded in 2008 by political scientists with the aspiration of creating an alternative channel for additional education beyond academic curricula. It is a Scientific Nonprofit Civil Society Association and it functions according to the principles of democracy, relying on and respecting the Greek Constitution and the Laws of the Greek State and of the European Union. HAPSc is a) member of the United Nations Academic Impact (UNAI), b) in Special Consultative Status with the United Nations Economic and Social Council (UN – ECOSOC), c) associated with the United Nations Department of Global Communications (UN – DGC), d) member of the International Political Science Association (IPSA), g) a partner organization in the annual Peace Week conference held in Geneva at the UN facilities (Geneva Peace Week – Palais des Nations). Learn more about HAPSc at: hapsc.org 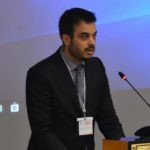